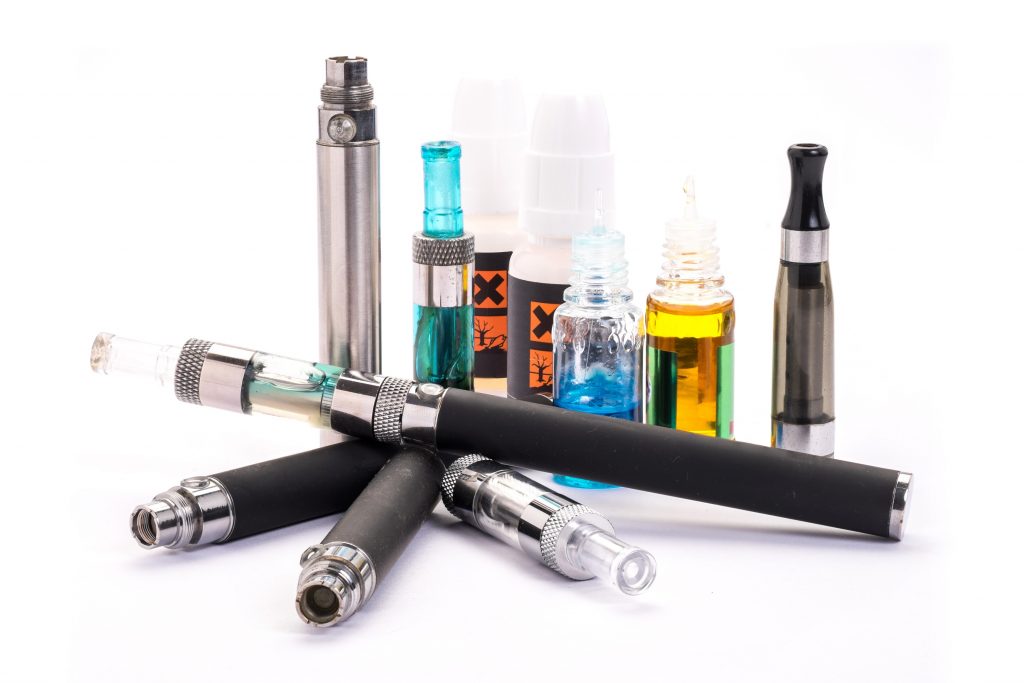 Stream or download the information below in audio format by clicking here.

Vaping is a growing trend among youth in Summit County.

As a parent, knowing what vaping is, how it can affect your youth, and what to look for can be difficult. Here are some basics:

Vaping is done with an Electronic Nicotine Delivery System (ENDS). And ENDS is “an electronic device used to deliver or capable of delivering vapor containing nicotine to an individual’s respiratory system.” (2015, July). Other terms parents or youth may here that are synonymous with vaping and ENDS include: E-Cigarettes; Vape Pens; E-Hookah; Personal Vaporizers (PV’s); Mods; Tank Systems; and most recently Juul’s. Basic models consist of a battery which powers the unit, an atomizer that vaporizes the nicotine, and a cartridge which houses the nicotine liquid (called e-liquid). These mods are customizable and hard to detect.

E-Juice is the liquid in the mods that is heated and then inhaled. The chemicals in the vapor become ultrafine particles that can be inhaled deep into the lungs. E-Juice is made up primarily of 4 Chemicals Nicotine, Propylene Glycol, Vegetable Glycerin, and Lots of flavoring. If you research these chemicals, you would find that these are all food grade chemicals. They have been approved by the FDA to use in food processing in SMALL amounts. The long-term safety of their inhalation is not known at this time. Many other chemicals are used in the manufacturing and processing of e-juice. What we do know about the safety of some of these chemicals is below:

Scientists are still working to understand more fully the health effects and harmful doses of e-cigarette contents when they are heated and turned into an aerosol, both for active users who inhale from a device and for those who are exposed to the aerosol secondhand.

Why are we concerned?